You are what you don’t eat | Blog by Jelmer Steenbeek

For vegans there is a hard reality that must be addressed: It is likely more effective to promote and celebrate meat reduction instead of campaigning for full adoption of a vegan lifestyle. This blog looks at the plight of vegans, human behavior through theories of socio-psychology, and discusses an approach that will likely lead to people behaving more sustainably.

Go Vegan! is a commonly heard call for action that may have less effect than desirable on others’ behavior, and may even be counterproductive. Yet asking for anything less than for others to go fully vegan would be to set aside one’s ideals, and be content with some animal suffering. A (let’s call it) reducetarian approach would be to encourage others to try a vegetarian or vegan meal, or engage in movements such as Meatless Monday or Veganuary. Yet there is clearly a moral dilemma; Meatless Monday has been criticized for condoning mass murder and animal suffering six out of seven days. You wouldn’t for example ask a child abuser to gradually stop abusing a child or ask them to not do it on Mondays. Considering the number of animals slaughtered for food, the greenhouse gases emitted, water usage, species extinction, ocean dead-zones, rainforest destruction, detriment to human health, and countless other negative effects relating to the animal agriculture industry; on a planetary and existential level, the vegan plight is a legitimate one. With urgency. But the influence of just one person is minimal.

Therefore, it is the duty of someone involved in an idealistic movement to engage others in order to achieve results: Go Vegan!

Regardless of their commitment to sustainability, many people think negatively about the vegan identity. Or even see them as annoying. In a culture that revels in barbecues and Big Macs, yet also one which is taught to decry animal cruelty and consider pets as family, the vegan may be seen as annoying because they show how confused our contemporary decision making is. But maybe it is the use of morally loaded arguments that elicit a guilt within us about our identities and actions. In a study by Minson and Monin (2011), it was shown that attitudes towards vegetarians were rated less positively after people imagine their moral judgement of meat eaters. So why use moral arguments? Because someone agreeing with such points of view would lead to them going vegan instead of simply reducing meat consumption. Vegans may be prone to a false-consensus bias, meaning they expect others to share the same knowledge and experience, or identity, and therefore moral motivations.

Brennan and Binney (2010) found in their study that guilt-based messages can make someone even less likely to do what you want him or her to do, as they’re likely to evoke self-protection rather than encourage action. Self-protection from such arguments can be in the form of cognitive dissonance through denying the facts, or through stereotyping the vegan identity as an annoying out-group, making the arguments less credible. Heeding the call to go vegan would be to consciously change one’s moral identity, which can be a frightening endeavor. It would mean abandoning or adjusting values and accepting that your current identity is flawed. What’s more unenticing to do than to admit that you were wrong? People use the fear of hypocrisy to justify total inaction, meaning that they will avoid expressing support for vegan values in fear of eating cheese the week after and being seen as a hypocrite. A legitimate fear.

“If you ask for all or nothing, you usually end up with nothing.” – Henry Spira

So how can an ideals motivated person lead others to become or behave more sustainably? I suggest starting with small behavioral changes. Behavior and attitude have a bi-directional relationship, and there is a wide scale agreement among social scientists and psychologists on an attitude-behavior gap; meaning that people will often say other things than what they do, yet if they do certain things first they may be more likely to say the thing. Self-perception theory supports this in saying that people develop their attitudes about something by observing their own behavior and drawing conclusions on what attitudinal forces may have driven that behavior (Holland, 2002). It is in this sense not your identity that makes you behave in a certain way; it is your behavior that determines your identity. For example; you cannot say you are a non-smoker before you stopped smoking.

“Small wins fuel transformative changes by leveraging tiny advantages into patterns that convince people that bigger achievements are within reach” (Duhigg, 2012). Eating a tasty meat substitute one day can create openness to a meatless meal on multiple days. Furthermore, acting sustainably makes you feel good! Just planting a cleverly worded idea, as a seed in someone’s head, could grow into a taller, proudly standing tree than by guilt tripping someone into reluctantly repeating a morally loaded duty. Small wins could incorporate such behavior into a person’s attitude and personality, making it a longer lasting change; another interpretation of ‘sustainable identity’.

Meat reducers are more numerous than vegetarians, which in turn are more numerous than vegans. The relative impact then of such a large group on the animal agriculture industry through demand and supply of meat substitutes, makes a meatless diet more accessible through development of better alternatives. The overall wins, calculated in animal suffering, is then higher as opposed to the vegetarians also eliminating cheese or eggs from their diet. The power lies also in this large group becoming more sustainability literate, if I may name it as such, through new experiences and discussions. Meatless Monday or Veganuary can allow becoming acquainted with the vegan identity and diet, possibly on the basis of health instead of animal justice. From an idealist point of view this may be hard to hear because accepting anything less than others going fully vegan means still intense suffering of animals, and depletion of the planet. Yet from a pragmatic approach, it opens the way for more effective change.

Ultimately, because of our social psychology, relatively extreme calls to action such as ‘Go Vegan!” are probably less effective than promoting small wins in behavior change such as sharing a tasty meatless recipe or discussing the health concerns related to meat eating. Attitude and identity will follow behavior, which in time can lead to many more people adopting sustainable diets and a sustainable identity. 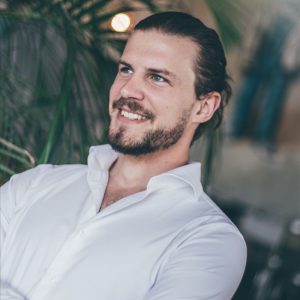