Want to win? Individual, business and governmental participation in the energy transition | Blog by Eline Arkema

You are in a game called ‘Climate Crisis’. One of the most challenging games of all time. In Climate Crisis, humanity has to lower its greenhouse gas emissions. The goal: saving planet Earth from more damage, such as biodiversity loss and increased natural hazards (Image 1), thereby saving humanity. To do this, it is crucial to complete mission ‘Energy Transition’.

Around the table there are three teams: ‘The People’, ‘The Government’ and ‘Businesses’. So far, they have been moving their pion one step forward, sometimes one step back, other times looking at each other – waiting for another team to do something. Meanwhile, a clock is ticking. The longer it takes us to reach ‘finish’, the more natural systems get unbalanced and humanity is threatened. The players need to move. Not one step forward and one back, but ten steps forward and then another ten.

The secret to winning before humanity is lost, is that everybody has to reach ‘finish’ together. It requires collective action of multiple actors on multiple levels. All teams have tasks that can also influence each other. To complete mission ‘Energy Transition’, all teams must have a shared goal, so that they help each other and prevent counteraction. Teams sometimes think they play against each other, forgetting that they are all part of team ‘Humanity’, in turn part of team ‘Earth’. They should recall this connection and start working together.

Of course, the climate crisis is not a game. It is real. We do not have a choice to play or not. We are in it together. No matter who you are, you have a role to play. So, what can you or your team do to help win this game? In this blog I show why you are important in the energy transition and what you could do to help. 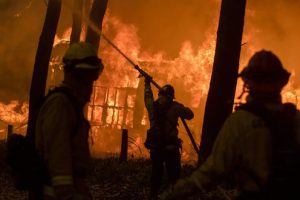 Government, you have the power to regulate

Who has the power and tools, that could speed up the transition and others do not have? The government has a vital role to play: it can make rules that apply to everyone and it can create policies that develop attractive conditions for everyone to change, both for the people and businesses. It is best to use a mix of different kinds of measures. It can put a limit to polluting practices by raising its taxes, while promoting renewables by subsidising related projects.

Individuals are often hold responsible for climate heating. There is hope people will voluntarily change their behaviours and thereby fix the problem. However, individuals need knowledge, motivation and skills to change towards more sustainable behaviour. The state can – and should –  help them, as the Dutch government did with the campaign ‘Everyone does something’, showing what people can do.

What is missing are ambitious changes in government and business, driven by a concerned, engaged and vocal citizenry (…)’ – Spotswood

Changing businesses and their industries, representing 40 percent of the Dutch energy usage, is also necessary. The government should especially target the traditional energy industry (that is slowing the energy transition) to innovate towards renewables.

Taking measures is complex. They intervene in people’s freedom and its effects can be unclear. However, it is the government’s duty to control public order. At this  moment in time, the ways many individuals live their lives and businesses are run, threaten the common good by causing floods, storms and wildfires. The state can change this by regulating.

Power to the people

Changing people’s behaviours is helpful, but the (now unsustainable) energy system itself needs to be changed as well. Citizens can demand this from the government and businesses. They can vote for politicians that will drive the energy transition, or demonstrate to put pressure on the system, like Greta Thunberg and Extinction Rebellion. Supporting sustainable initiatives also shows demand for renewables. Even by engaging in public discussion, people form discourse regarding the energy transition, which can mobilise innovation. Every sustainable step gives off a signal, making it easier for the government and businesses to change, as in a democratic society they need the public’s consent.

Individuals can also change the system together through collective action. Participatory projects, such as local energy initiatives, change the system by decentralising it. This niche movement is growing, indicating a growing societal demand for renewables. Participatory projects can be self-owned or government-led. Either way, this engagement can contribute to public acceptance of change towards a renewable energy system.

Businesses not as usual

Not only the people and government need to make transformative changes. Businesses in general, and in particular the traditional (fossil fuelled) energy sector, have an important influence on the energy transition. The traditional energy sector is counteracting the energy transition (Image 2). Partly by lobbying, which makes the transition even more complex and difficult. But they too have to ‘play the game’. And if they do not voluntarily do that, the state has the responsibility to restrict or help them. All businesses can put pressure on the traditional energy sector by demanding sustainably produced energy, just like the people.

Ambitious and brave political and business leaders are needed, but they need the public. Though, you must not forget: the people are members of society, who run businesses, and are politicians and civil servants. People are businesses and people are the government. 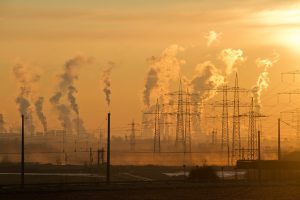 What are you waiting for?

The energy transition is necessary for our further existence as humans. However, nobody has the answer on how to do it. What we do know by now is that change is inevitable to win ‘the game’. Be it centralised, decentralised, direct, indirect, etc. We must not wait for others to do something. I described why you are important and what you can do. There is not one way to participate in the energy transition. Just do what you can: as an individual, working for the government, or running a business. Each step supporting renewables and away from fossil fuels is one step closer towards a more sustainable world. And not taking steps has also impact. It keeps the status quo as it is; as if everything is normal. Which it is obviously not.